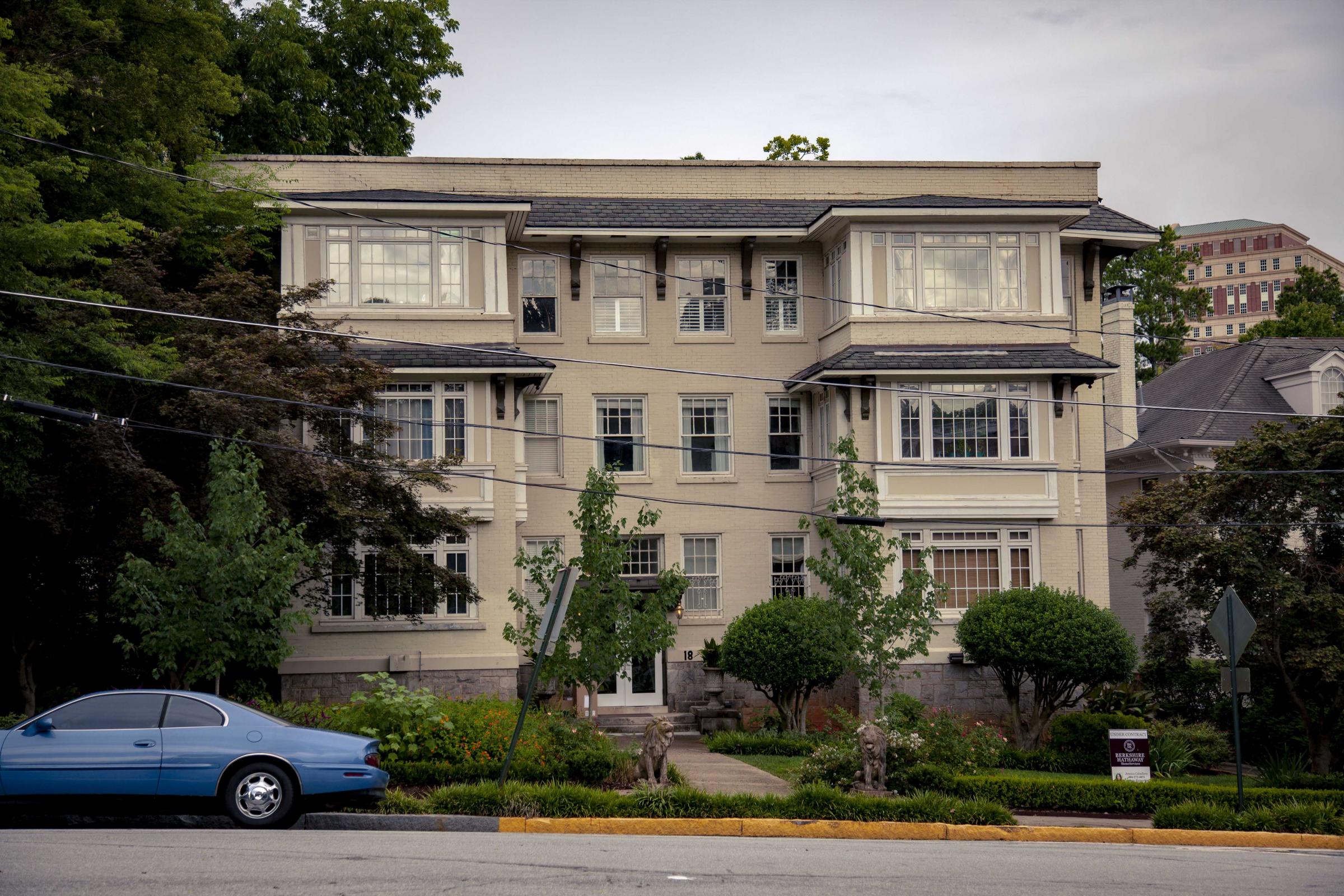 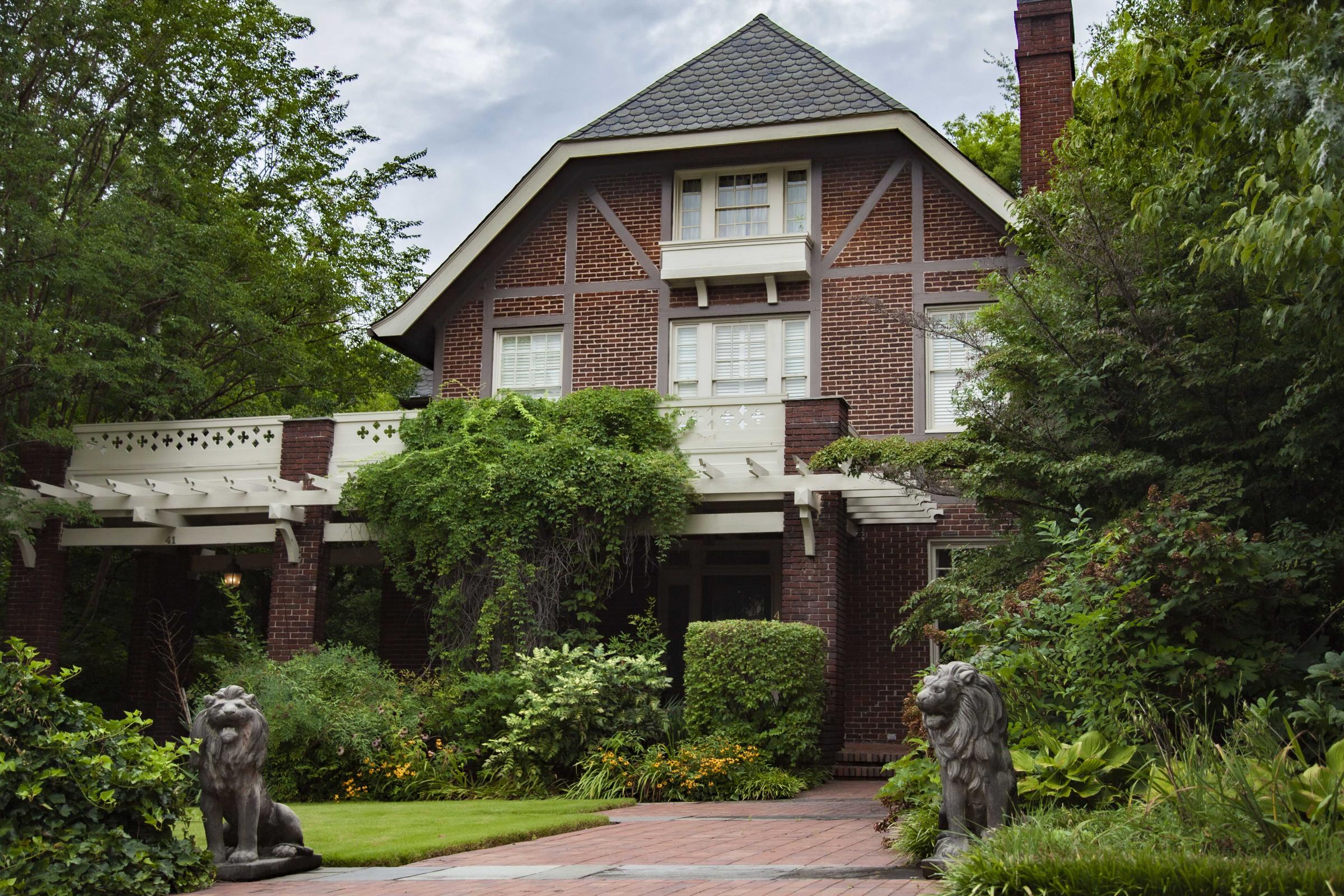 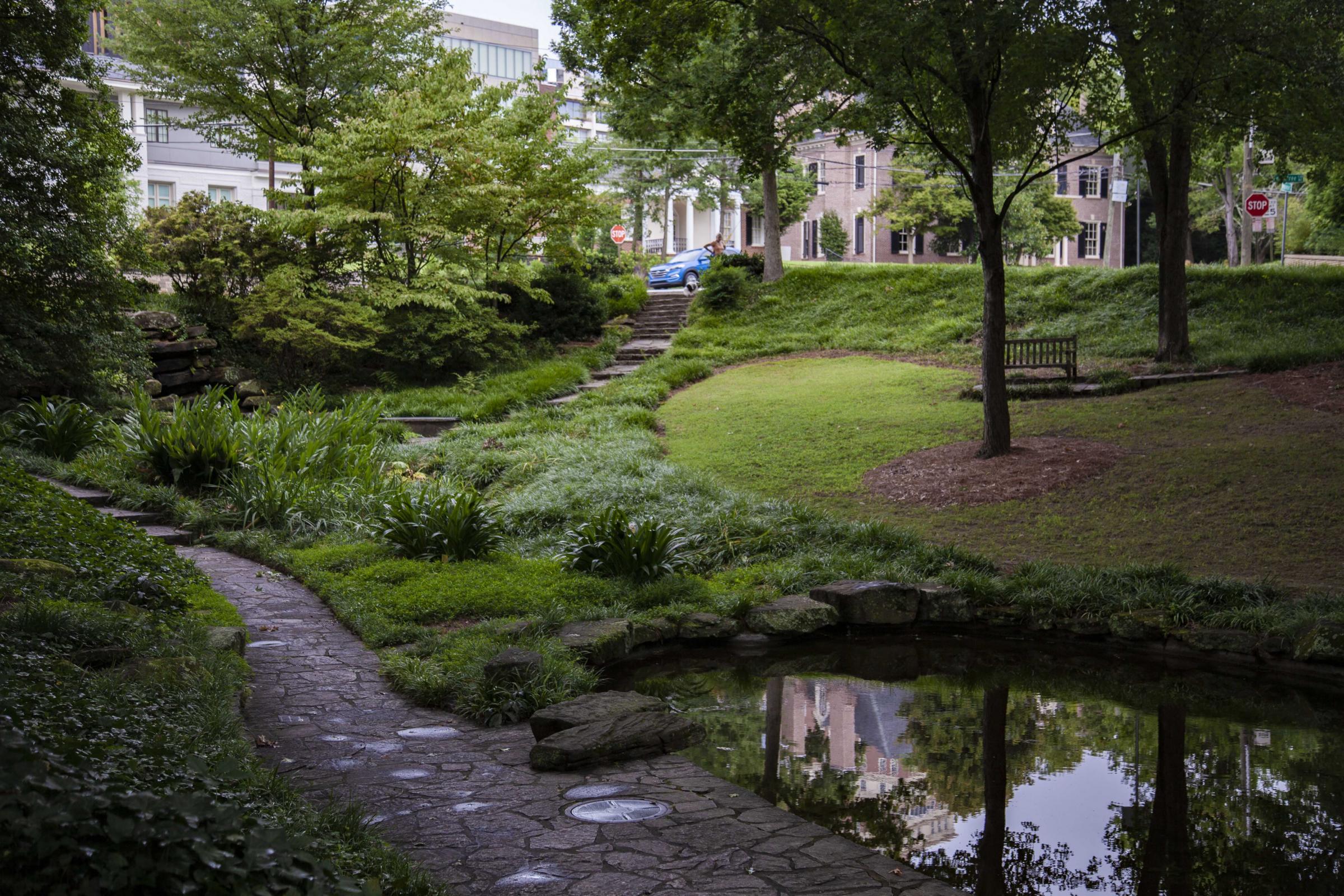 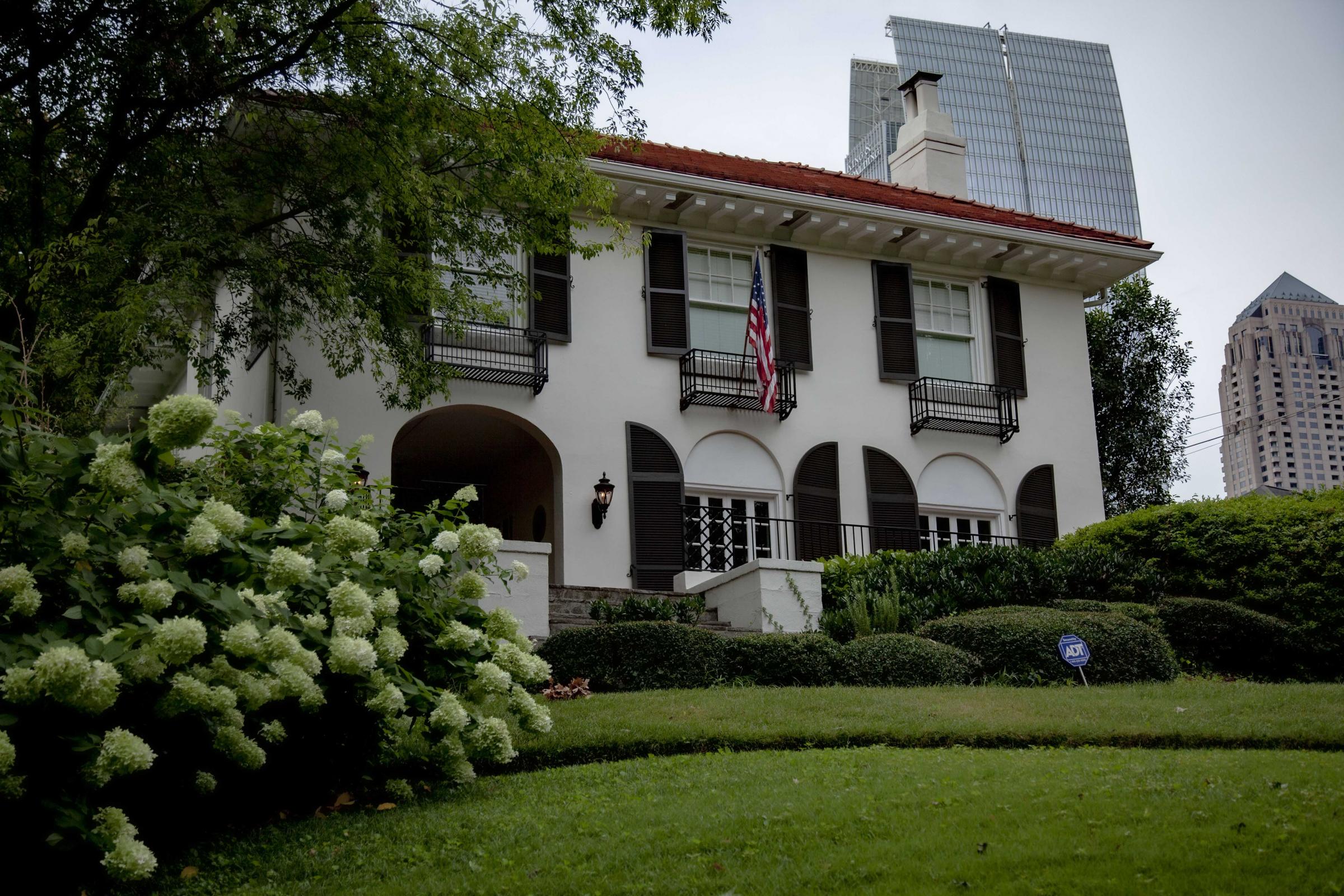 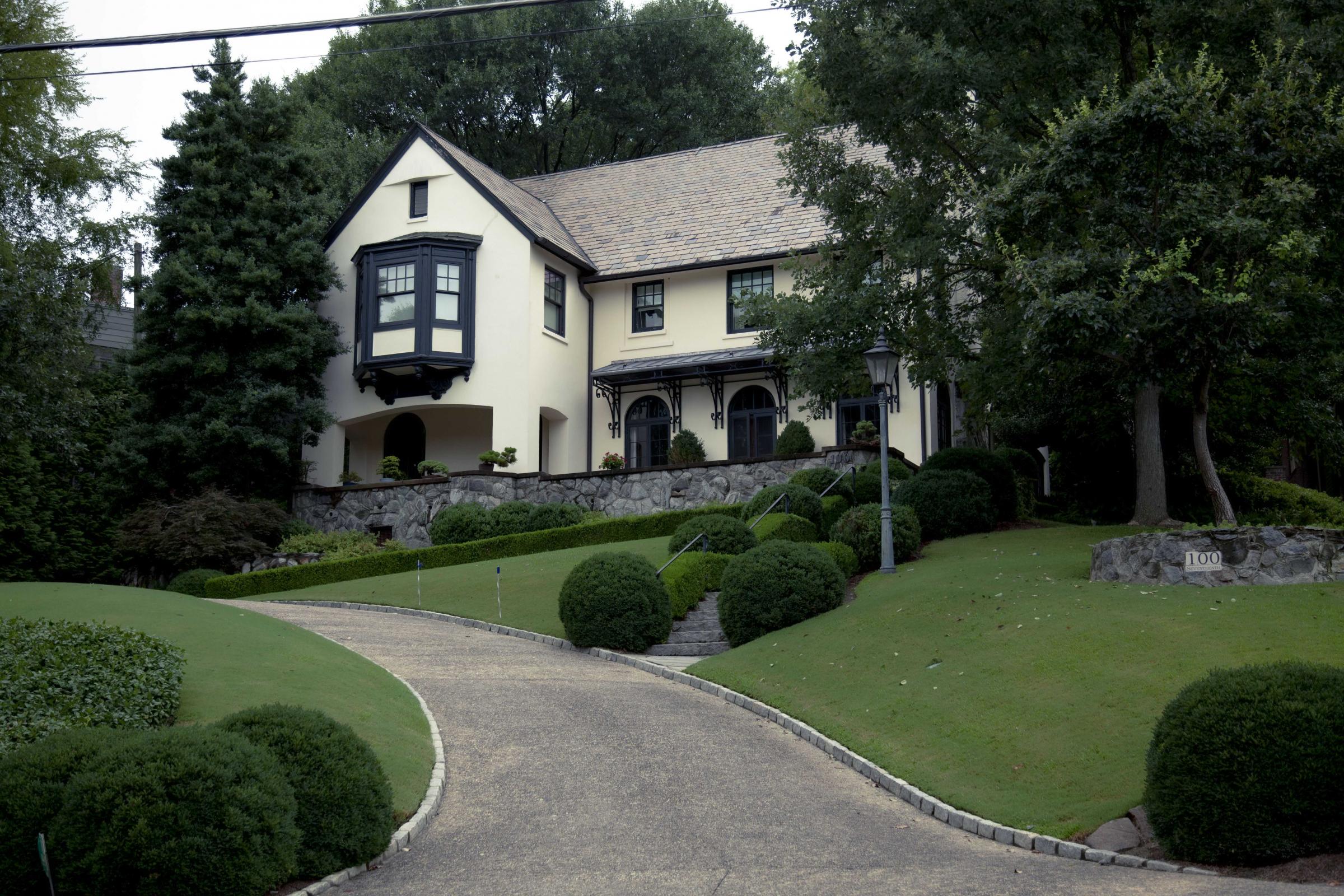 The American Planning Association, an independent, not-for-profit organization that provides leadership in developing vital communities, has named Ansley Park "one of America's 10 great neighborhoods." In 1904, landscape designer Solon A. Ruff used the principles of Frederick Law Olmsted to design the neighborhood's original plan. Fourteen linear parks make up 30 percent of Ansley Park, and there are rolling front lawns, woodsy yards and winding streets first used by the horse and carriage. For many years, the governor's mansion was located in Ansley Park.

Real estate developer Edwin P. Ansley wanted the community to be designed so that no home was more than a 10-minute walk to one of the parks. Today, residents also live just a short walk from Piedmont Park, the 189-acre greenspace that is the jewel of Atlanta's park system, and the Atlanta Botanical Garden. Piedmont Park offers a pool, tennis courts, sports fields, playgrounds, dog park and farmers market.

The northeastern boundary of the neighborhood is the Ansley Golf Club, a nine-hole course with views of the Midtown skyline.

The word used most often to describe Ansley's architecture is "eclectic." Ansley homes include Craftsman, Tudor, Queen Anne, Italianate, Prairie School, Baroque and ultramodern, with a mix of apartments, condos, townhomes and public housing. And every year, the neighborhood opens its doors to the public with the Ansley Park Tour of Homes.

Ansley has proved to be so popular as a location with movie crews as Atlanta has developed into an active center for film and television production, that the Ansley Park Civic Association has produced an extensive guide for residents who want to rent their properties to the industry, complete with sample contracts. The APCA wants to be sure that Ansley Park does its part to keeping Georgia "filmmaker friendly."

In the 1980s, there was controversy about whether the city of Atlanta should zone Ansley Park as a historic neighborhood. Ultimately, the movement for rezoning could not mount a majority. But the Ansley Park Historic District had already been named to the National Register of Historic Places.

MARTA bus and rail serve Ansley Park, and it's possible to take a train straight to the airport. Ansley Park is also on the Atlanta Beltline, the reconceived ring of abandoned railway that connects 45 Atlanta neighborhoods in a bold vision of a city without boundaries and barriers.

Ansley parents send their children to Atlanta public schools, charter schools and area private schools. The neighborhood is zoned for Morningside Elementary, considered one of the most desirable schools in the city, Inman Middle School and Grady High School.