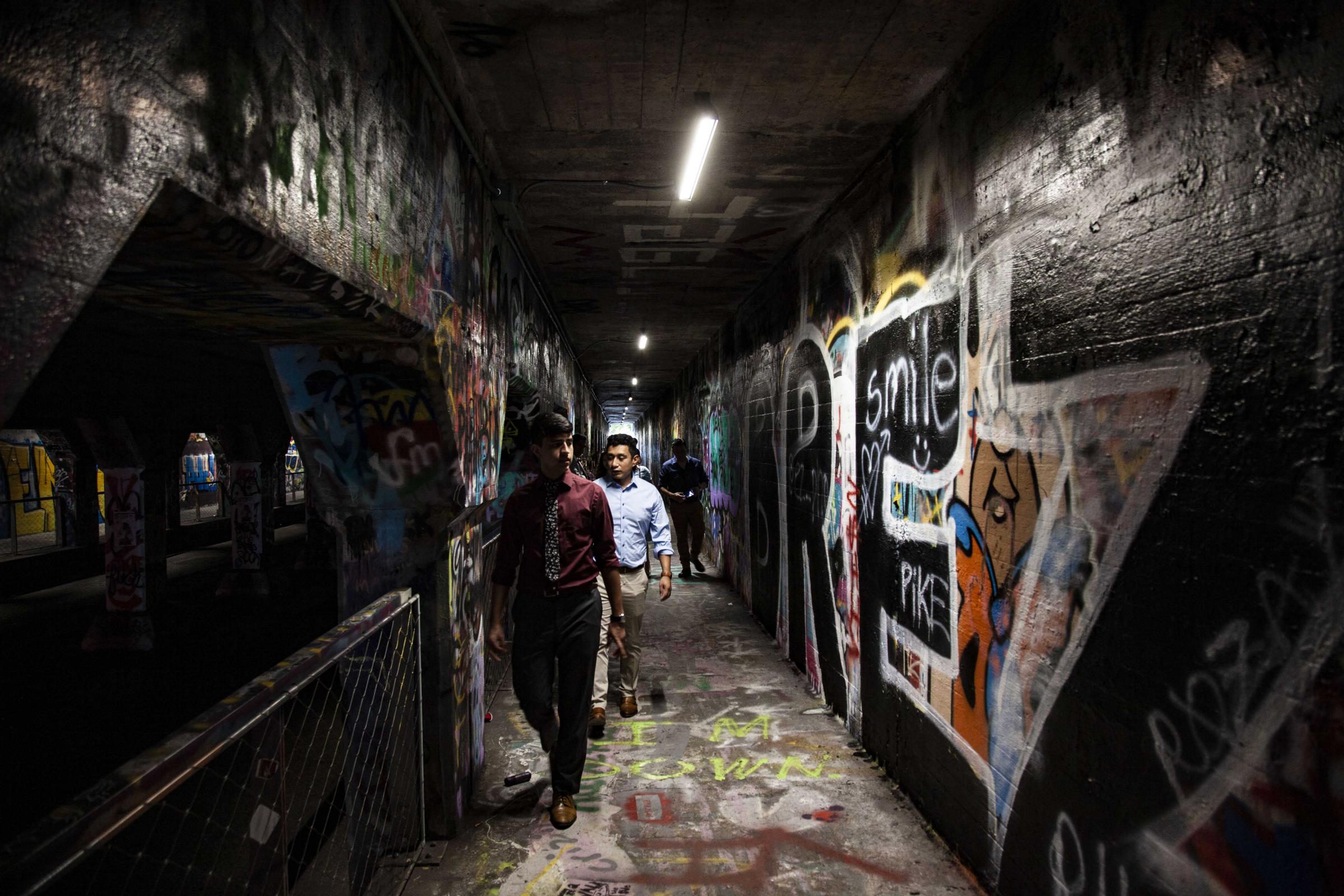 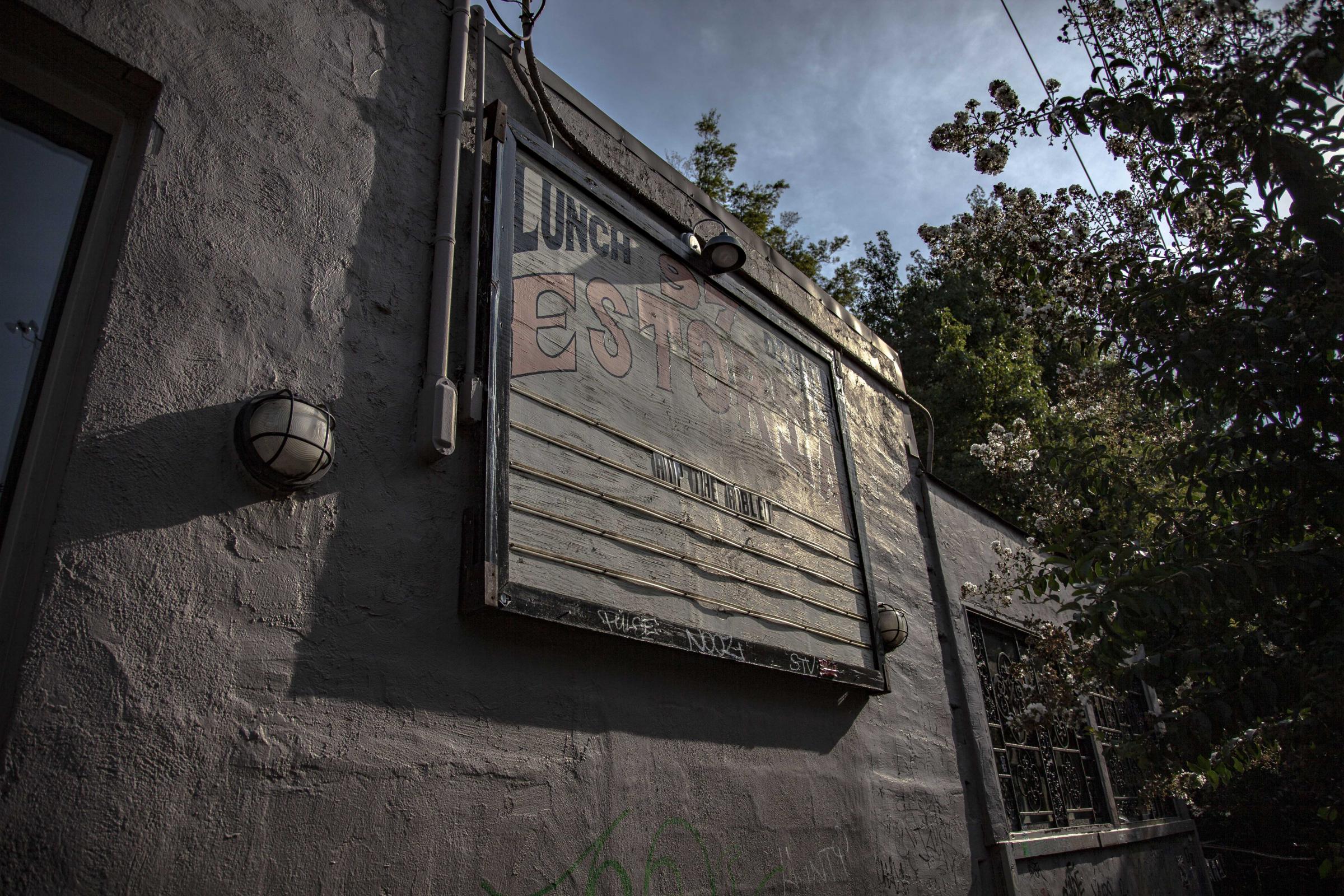 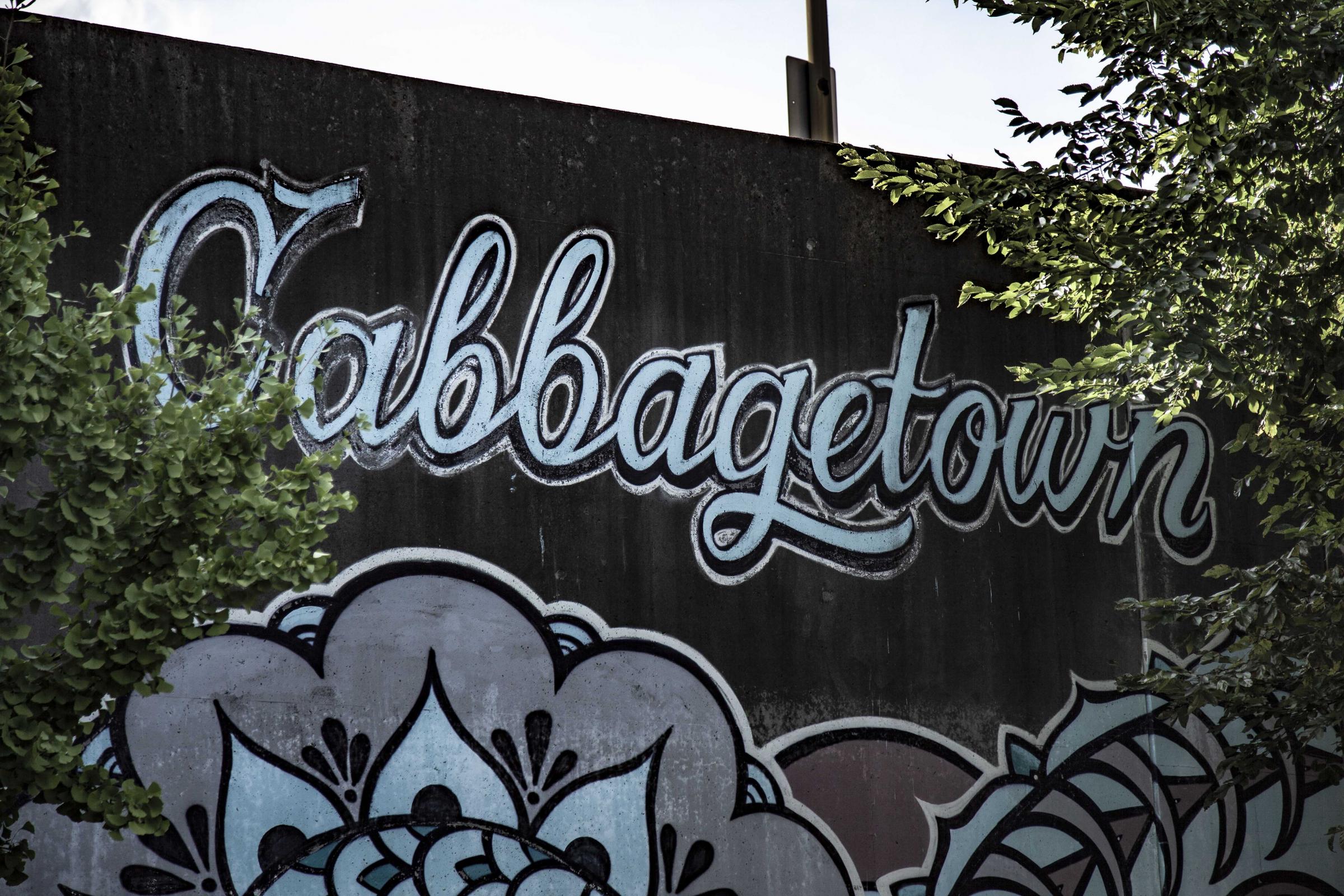 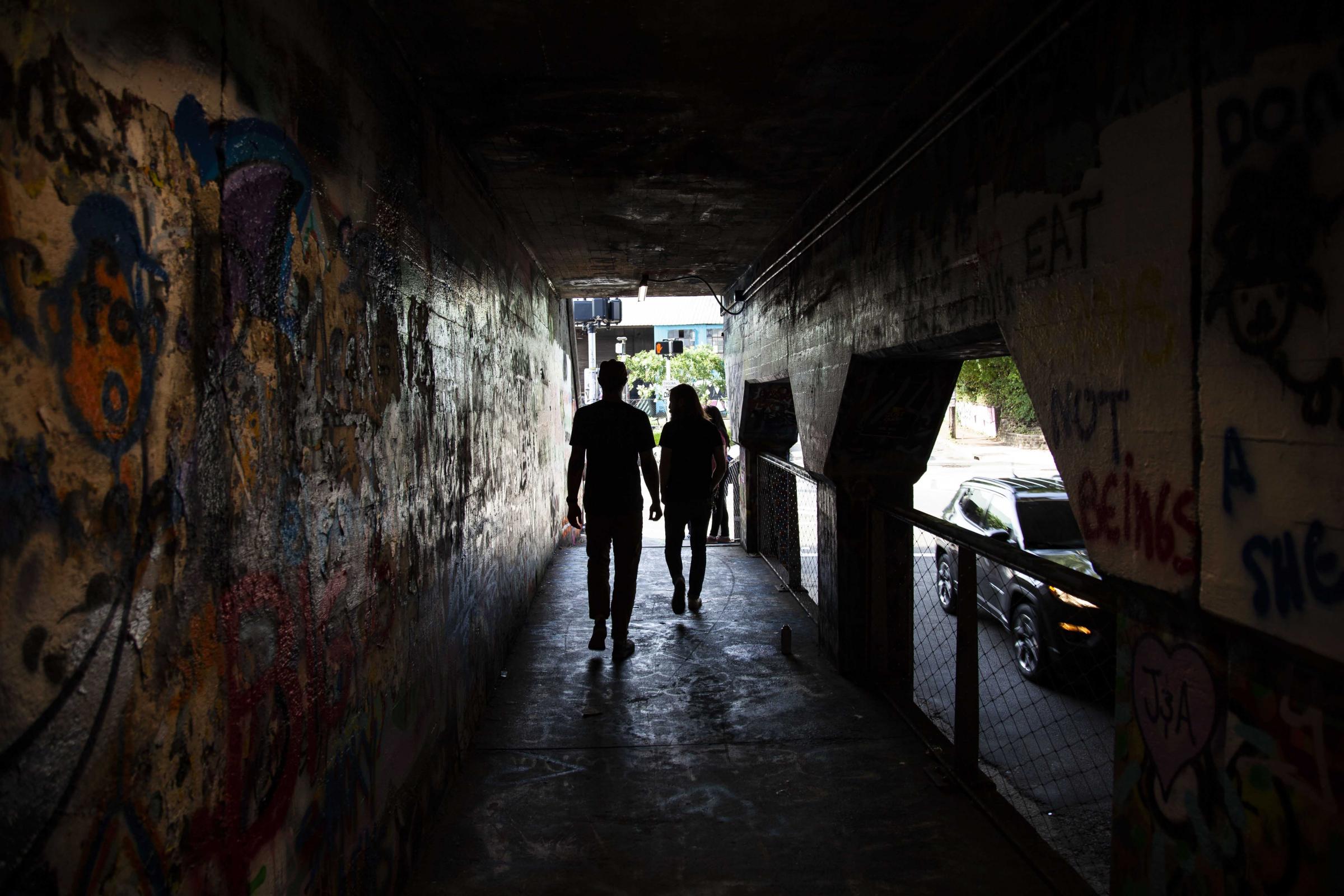 East of downtown is Cabbagetown, a neighborhood that grew up around the Fulton Bag and Cotton Mill as the mill owners put up housing for the mill workers. Originally, the area was called Factory Town or Fulton Mill Village.

The houses, built on small, narrow lots on narrow streets, were shotgun cottages and bungalows, often with Victorian accents. Most were built between 1881 and 1922, and many of them didn't have indoor plumbing or electricity until the 1940s and even the 1950s. The oldest houses that remain today were built between 1886 and 1892 on Reinhardt Street.

The mill maintained the whole neighborhood, providing lawn maintenance, garbage collection, security, medical and dental care, childcare and a library until the mill was sold In 1957. At that time, the tenants were given the chance to purchase their houses. The mill was closed 20 years later, in 1977, and was vacant until the 1990s, when it was revived as loft apartments.

Cabbagetown today includes the Cabbagetown District, which is listed on the National Register of Historic Places.

As the neighborhood underwent gentrification, artists, photographers and other creative people began to move in. Carroll Street, the "main street" of Cabbagetown, became the home of popular restaurants and gathering places. In 2015, Creative Loafing named Cabbagetown "The Best Neighborhood for the Arts."

Atlanta's focus for street art is the Krog Street Tunnel, which connects Cabbagetown to Inman Park. The Wallkeepers Committee, an arm of the Cabbagetown Initiative, oversees neighborhood art.

Historic Oakland Cemetery, Boulevard and Pearl Streets, Memorial Drive and the railroad tracks form the boundaries of Cabbagetown, which includes 650 houses and The Stacks, a complex of condominiums. The Atlanta BeltLine's Eastside Trail, scheduled to be extended from Irwin Street to the southern side of Reynoldstown, promises to be a boon to eastsiders, city boosters and developers alike.

Cabbagetown residents, who call themselves "Cabbageheads," have an active Cabbagetown Neighborhood Improvement Association that puts out an extensive monthly e-newsletter to keep the community informed. The Welcome Roll Call Committee (CRC), holds a welcome party twice a year to show newcomers that well-known Southern hospitality and provide them with a fact sheet on the neighborhood.

How the neighborhood got its name is unclear, but makes for some colorful explanations. One story is that the mill workers, mostly from Appalachia, grew cabbages in their tiny front yards, and the air was always fragrant with the smell of cabbage cooking. Another claims that a cargo of cabbage was liberated in a traffic accident.

These days, it's chili that defines the neighborhood. Its main festival is Chomp and Stomp, a bluegrass-themed chili festival with a 5K Romp for runners and walkers that attracts as many as 16,000 people every November. Other popular events are the Craft Beer Tailgate & Annual Cabbagetown Co-ed Cornhole Tourney and the Atlanta BeltLine Lantern Parade.