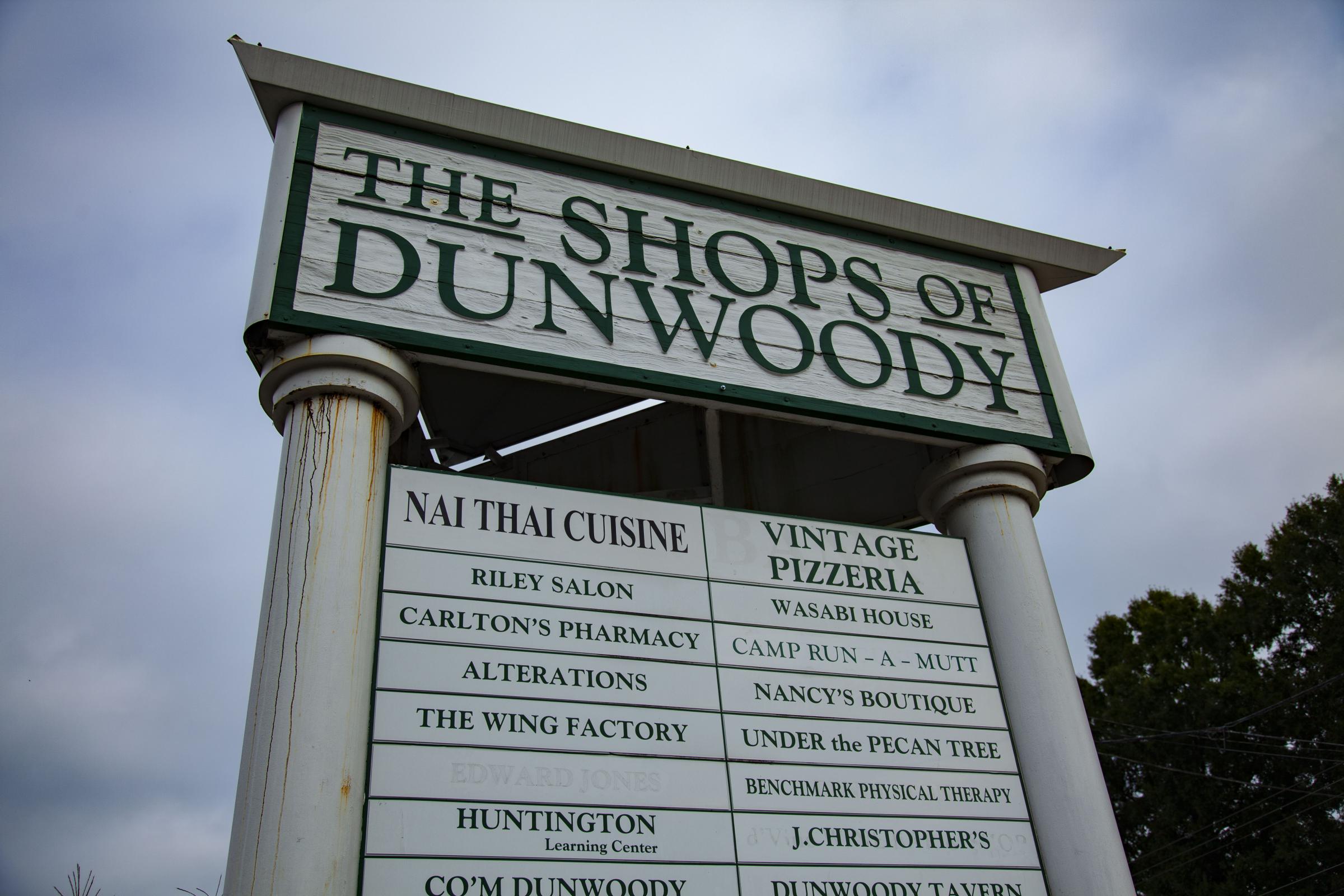 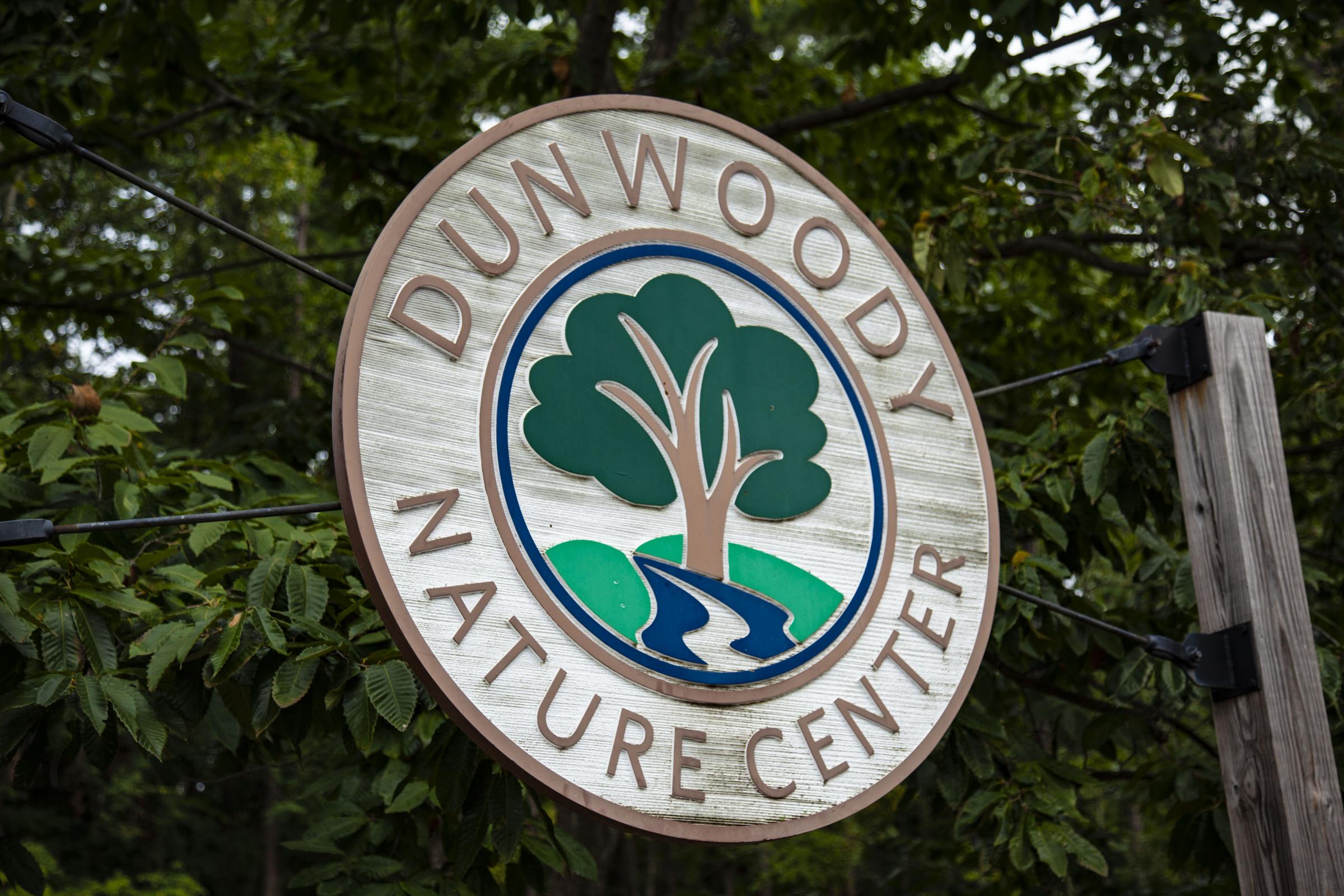 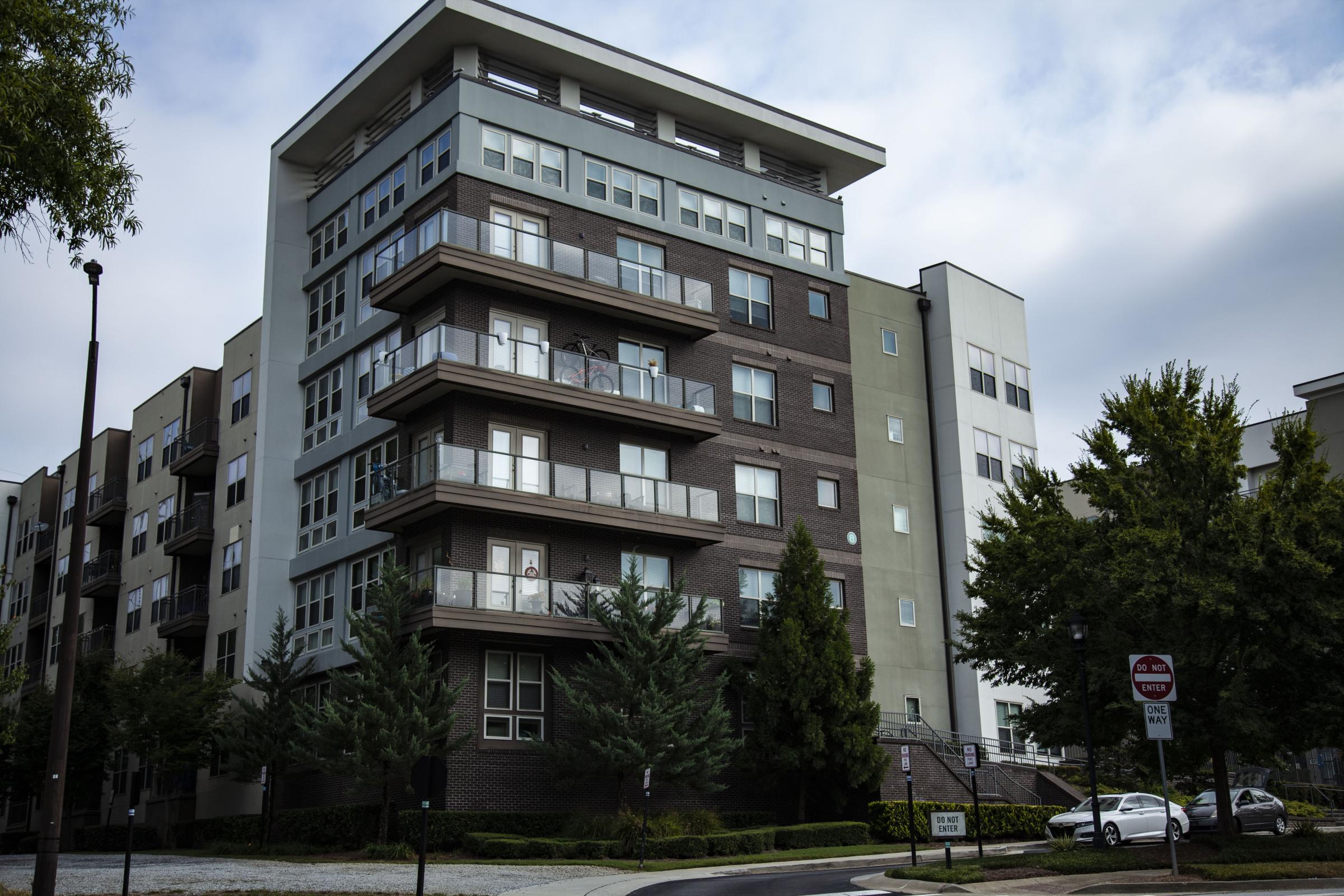 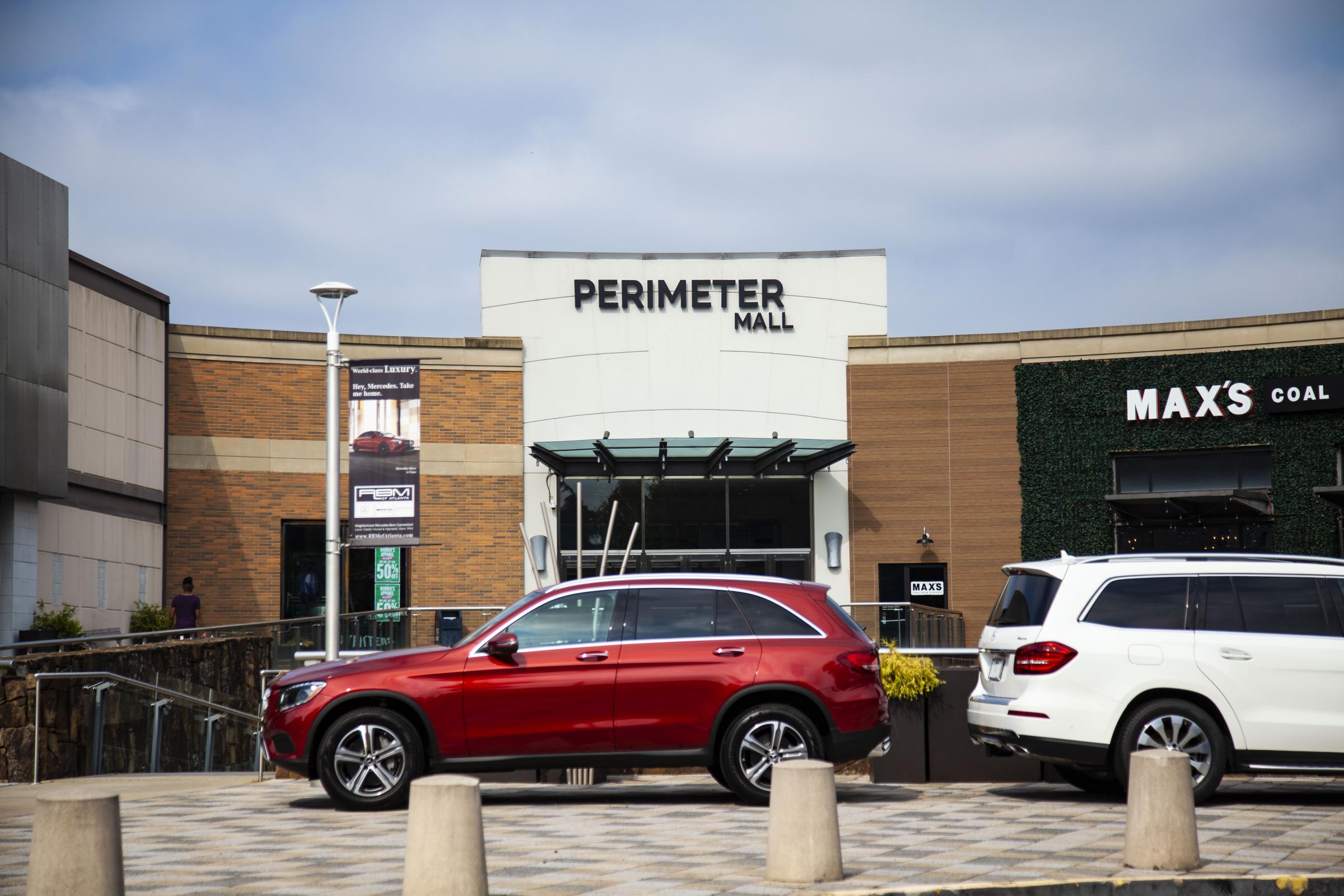 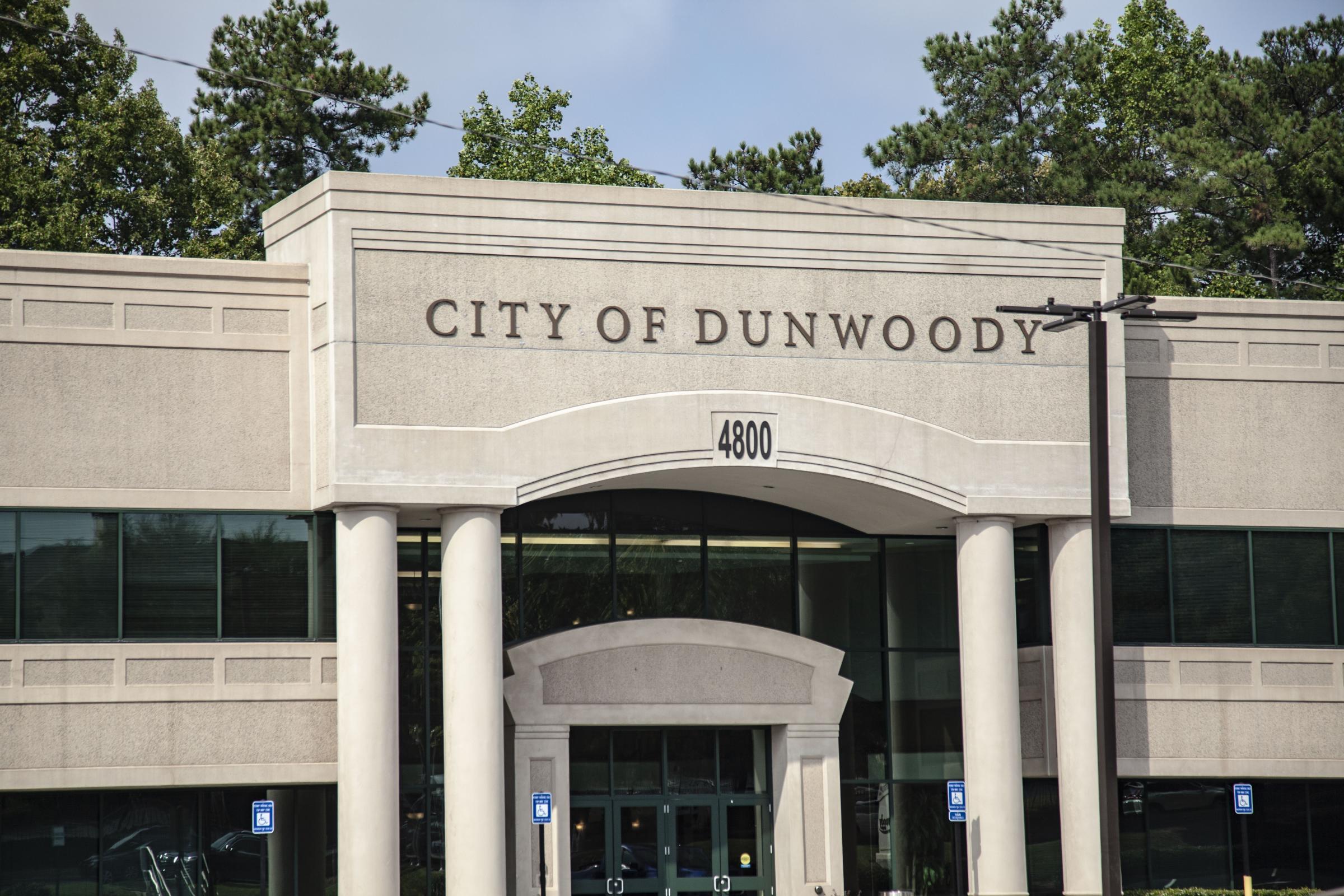 Dunwoody, a northern suburb of Atlanta, is a city of about 46,000 in DeKalb County. It was incorporated in 2008. There are several distinct districts.

The area around Perimeter Mall is Perimeter Center, served by the Dunwoody MARTA station and convenient to two highways, I-285, "the Perimeter," and GA 400.

Georgetown, developed in the 1960s, contains both subdivisions of single-family houses and its own retail district. It's one of the most walkable areas of Dunwoody.

Williamsburg is a commercial district on the eastern edge of Dunwoody, with three centralized shopping centers at a major intersection.

Tilly Mill is the site of Dunwoody's largest park, Brook Run, which features walking trails, a playground, a dog park and a community garden. The Jewish Community Center, which hosts a major annual book festival, is in Tilly Mill.

Retail and greenspace characterize Winters Chapel, at the border with Peachtree Corners. There is a linear park along the Twin Lakes water reservoir with tennis courts, a playground and a picnic pavilion.

There are seven major parks in Dunwoody, including Dunwoody Park, the home of the Dunwoody Nature Center, which opens its doors annually to the Butterfly Festival.

The Dunwoody Homeowners Association (DHA) represents this upscale community, ensuring the quality of life and emphasizing the residential character of Dunwoody. Under its auspices is the area north of I-285, east of GA 400, south of the Chattahoochee River and west of Peachtree Industrial Boulevard. It includes all homes and condominiums in the 30338, 30346 and 30360 ZIP codes.

The DHA had its origins in the late 1960s, as suburban growth from Atlanta began to push north. Today, it's regarded as one of the most powerful homeowners associations in the United States and can be credited with ensuring that "the rights and interests of the majority of the residents of Dunwoody are sustained and supported."

In addition, the DHA organizes the largest Independence Day parade in the state; the Light Up Dunwoody holiday event, with a tree lighting; and Food Truck Thursdays in Brook Run Park from April through October. Residents can opt in to an e-mail list for notifications about upcoming events.

There are two charter schools for middle schoolers, Peachtree Charter Middle School and Kingsley Charter School. At Peachtree Charter Middle School, eighth-graders can enroll in STEM Academy, which gives them high school credits in Engineering and Physical Sciences. At Kingsley, the administration has established the middle of the week as Walking Wednesday, when students and their parents are encouraged to walk to school together!

Dunwoody High School is the secondary school; 65% of the students are enrolled in Advanced Placement courses.