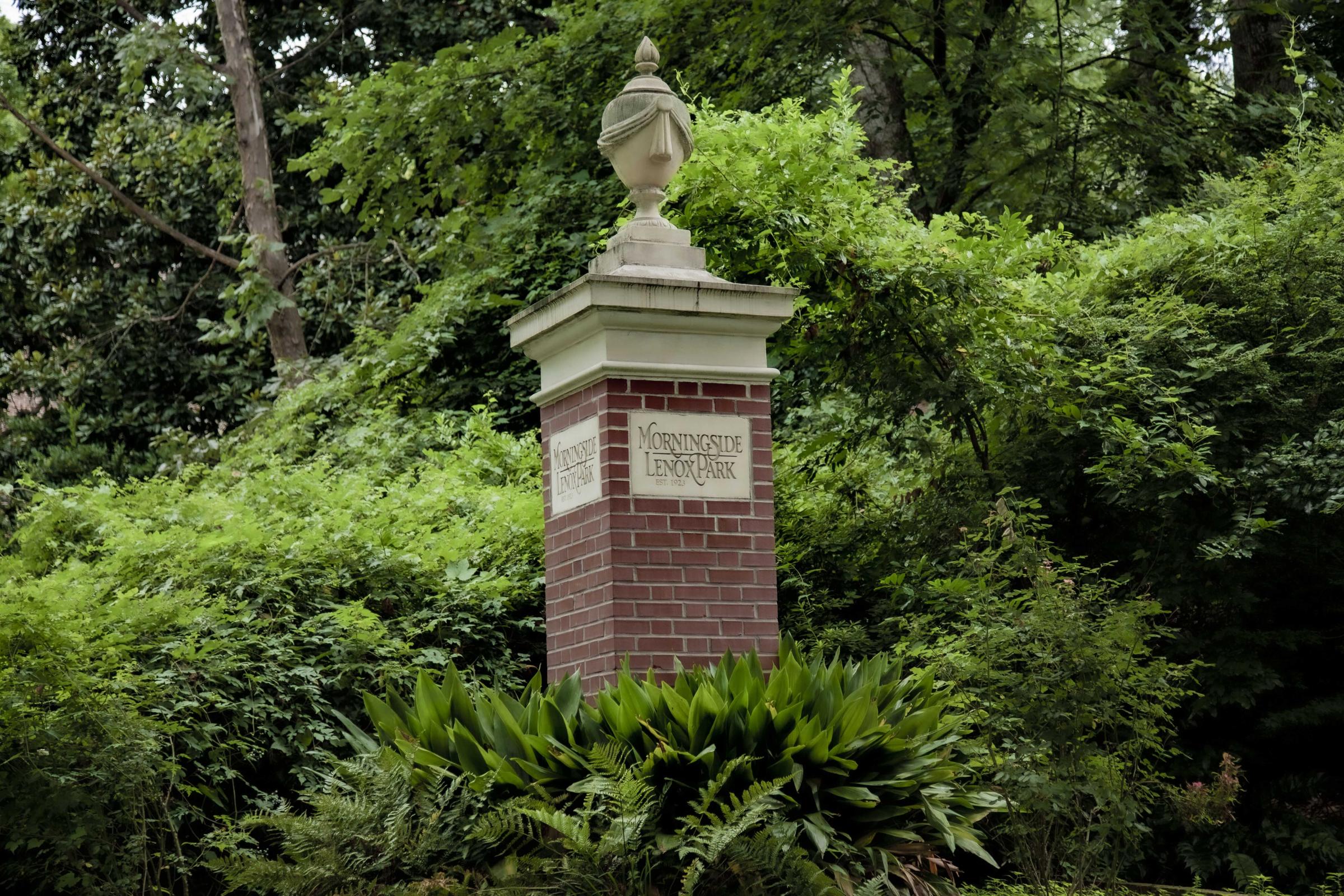 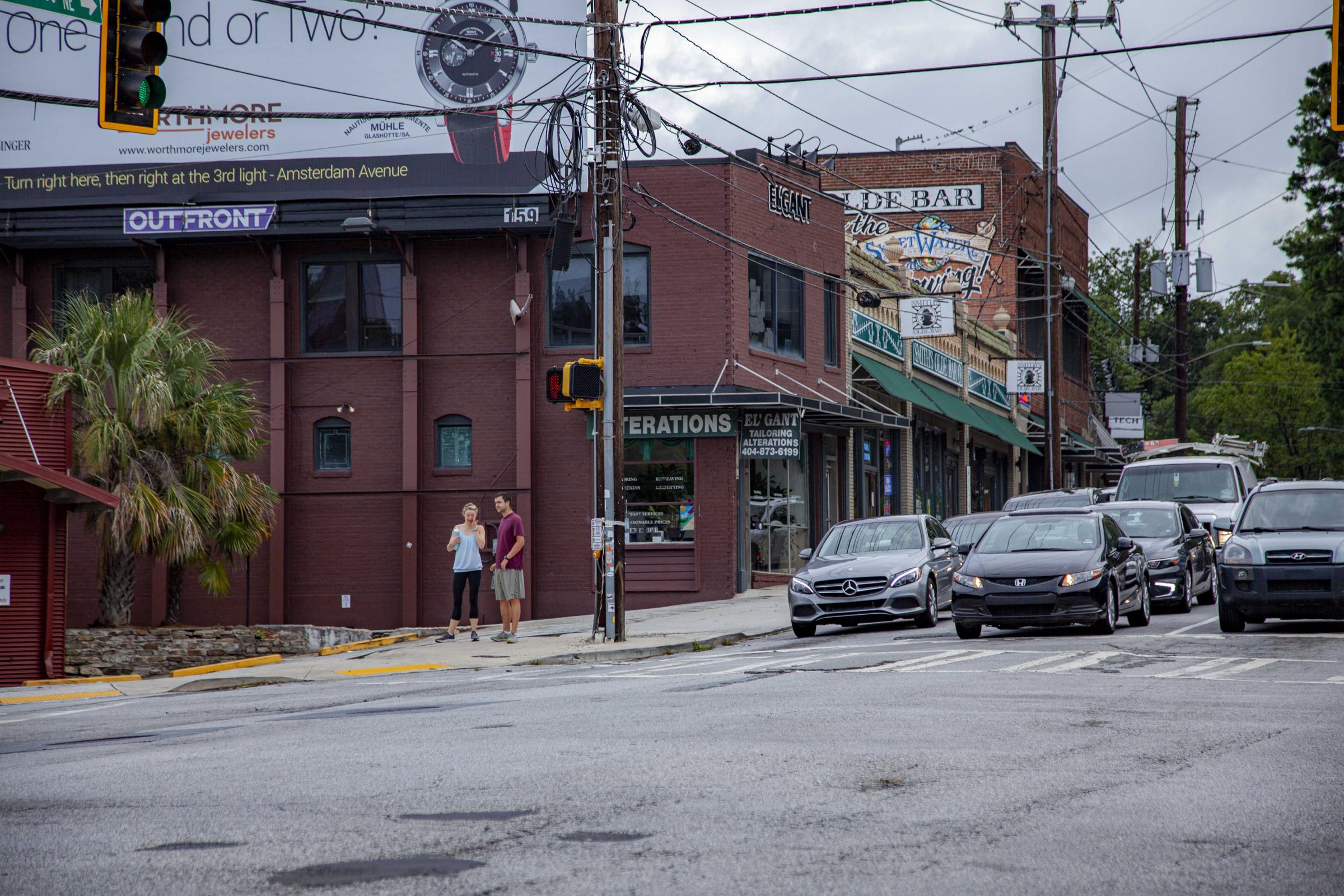 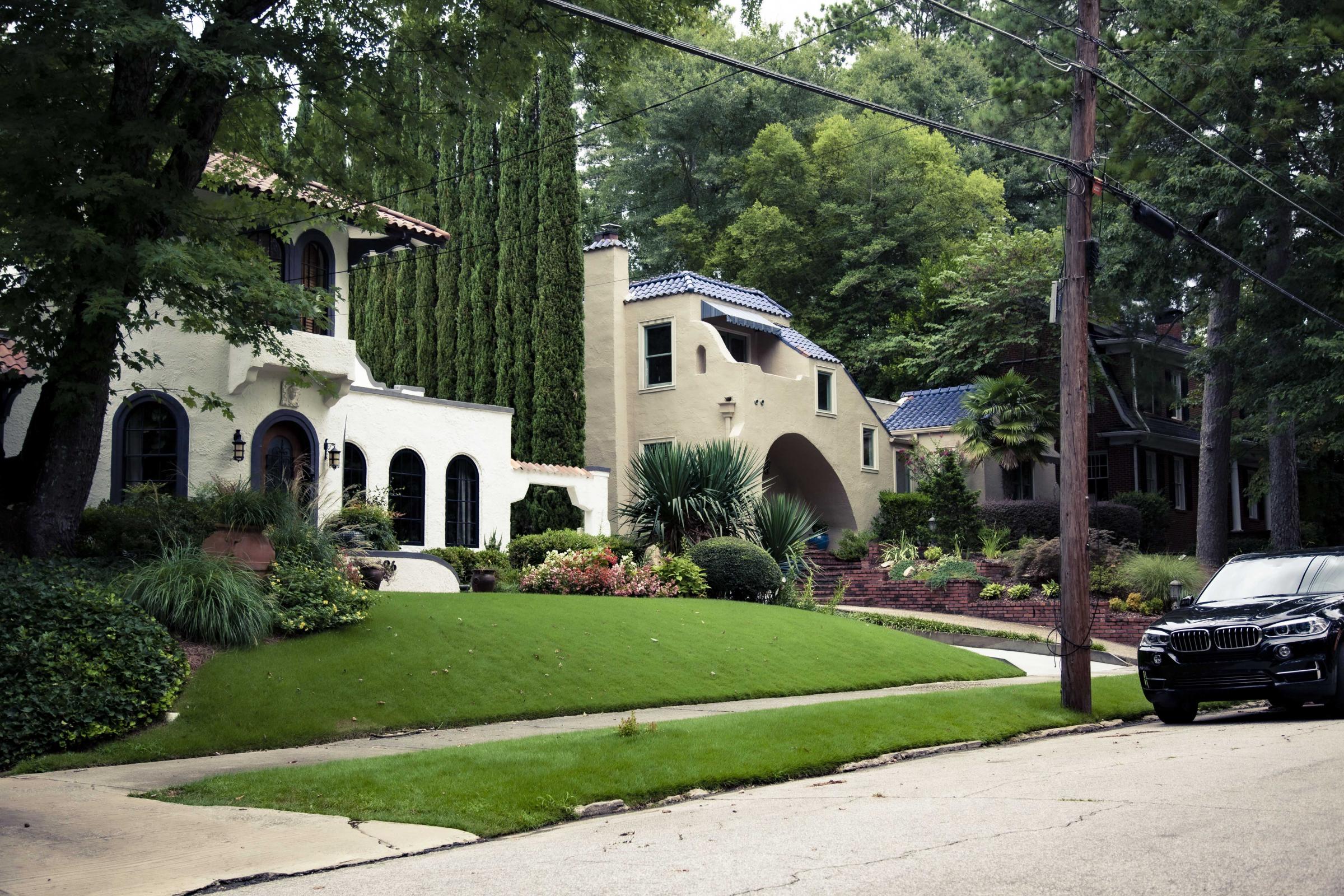 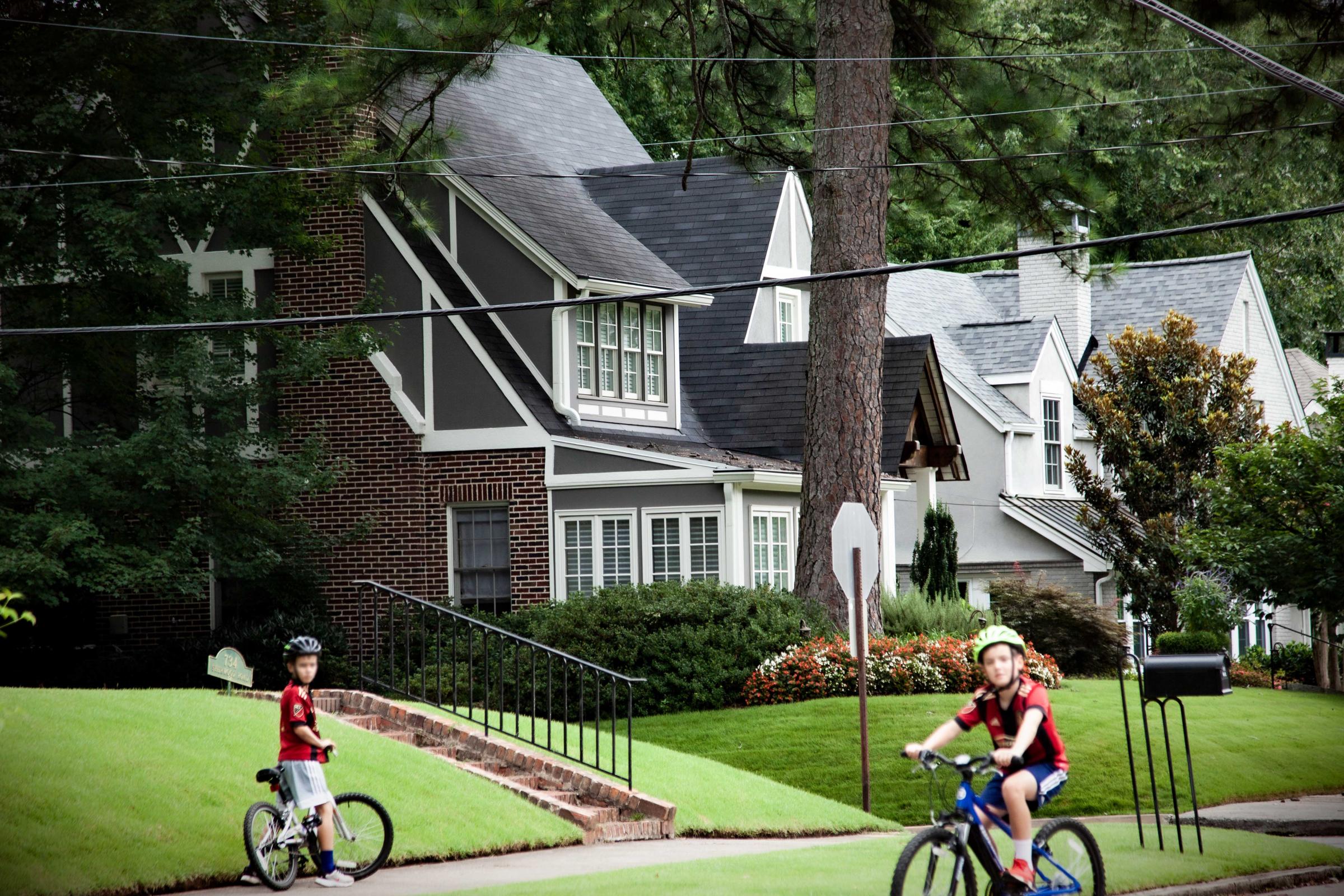 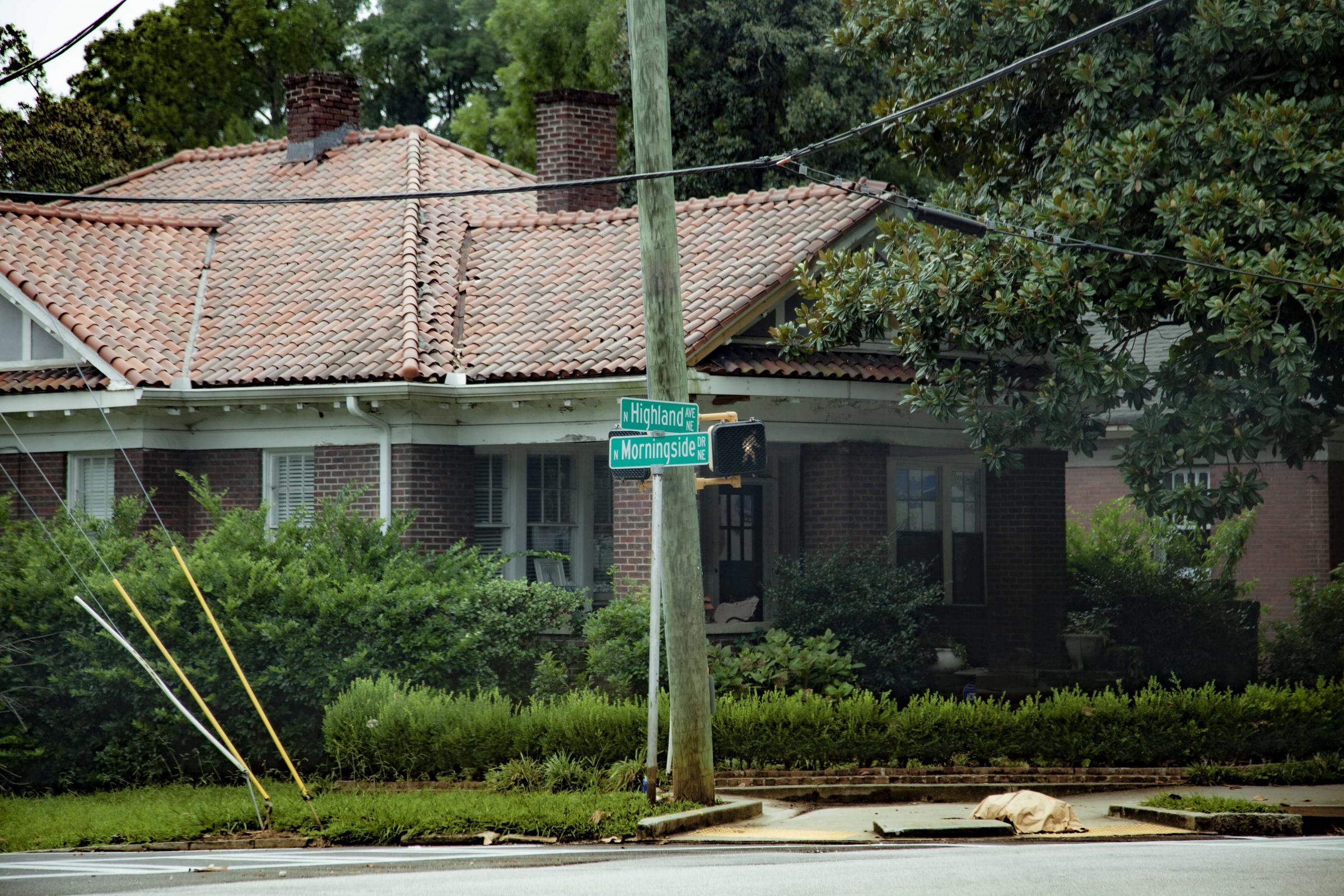 Not far from Peachtree Street, tucked between Virginia-Highland and Buckhead, is Morningside. Founded in the early 1930s, the neighborhood grew up around the streetcar in the early days of commuting. Today itâ€™s one of the most desirable and affluent neighborhoods in Atlanta â€“ a vibrant part of the city with shaded parks and many lovely homes. Along the tree-lined streets, you'll find mostly single-family homes, including beautifully restored and updated Craftsman bungalows from the 1920s, ranch styles and English Tudors.

In the 1960s, the neighborhood almost fell to the state's plan for progress, which included demolishing houses to build I-485. But an alliance of eastside neighborhoods successfully blocked the highway in 1973. As a result, the city set up a system of Neighborhood Planning Units (NPUs) to recognize the rights of residents to determine what happens in their communities.

There is an active neighborhood association, the Morningside/Lenox Park Association, which focuses on intown residential living. To establish and maintain "pride of place," the MPLA erected neighborhood markers that preserved the style of the one remaining 1920 monument. There is a private security patrol.

Children attend the award-winning Morningside Elementary School, Inman Middle School and Grady High School, whose students had higher SAT scores than any other school in the Atlanta school system in 2015.

Popular Morningside Elementary has received the top score in the GreatSchools ratings. It offers a Parent University to discuss educational and social issues related to raising children today and promotes kindness and student friendship with the "Buddy Bench" concept, encouraging kids to interact with and include all their classmates.

Old-growth trees flourish in nearly a dozen neighborhood parks. One of the largest is Sydney Marcus Park, the setting for the annual Celebration of Summer at the end of the school year. Families turn out for this big event that features music, games, pony rides and the ever-popular bounce houses. There are also family-friendly concerts in the park from April to October.

Lenox Wildwood Park features tennis courts and a picnic area; it's an extension of a nature trail and the Sunken Garden Park, which has a playground. Wildwood Gardens has another nature trail. And there is a map available for the six-mile walking tour.

There are chef demos from April through November.

For residents who like to grow their own produce or flowers, Morningside has a community garden on Hillpine Drive.