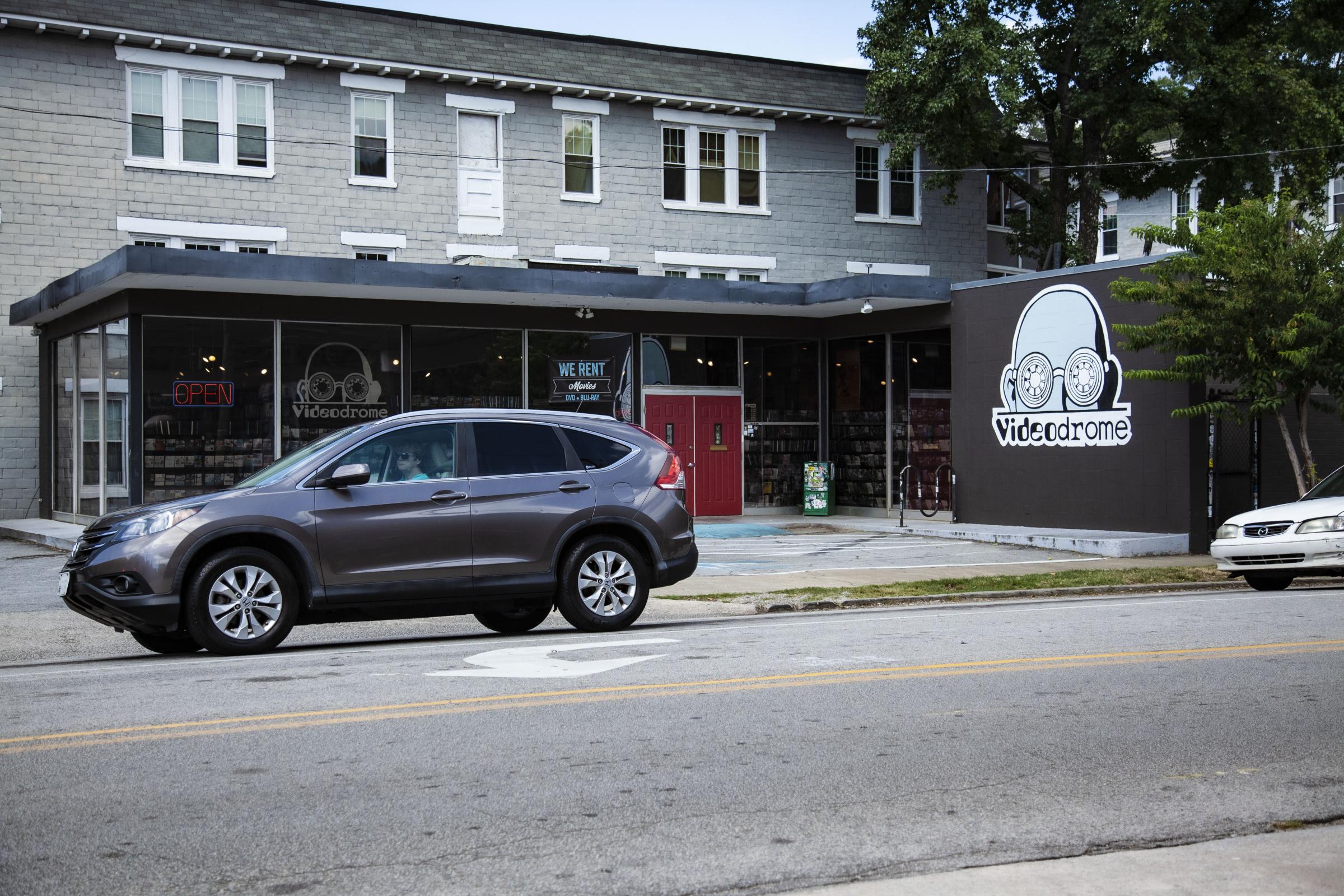 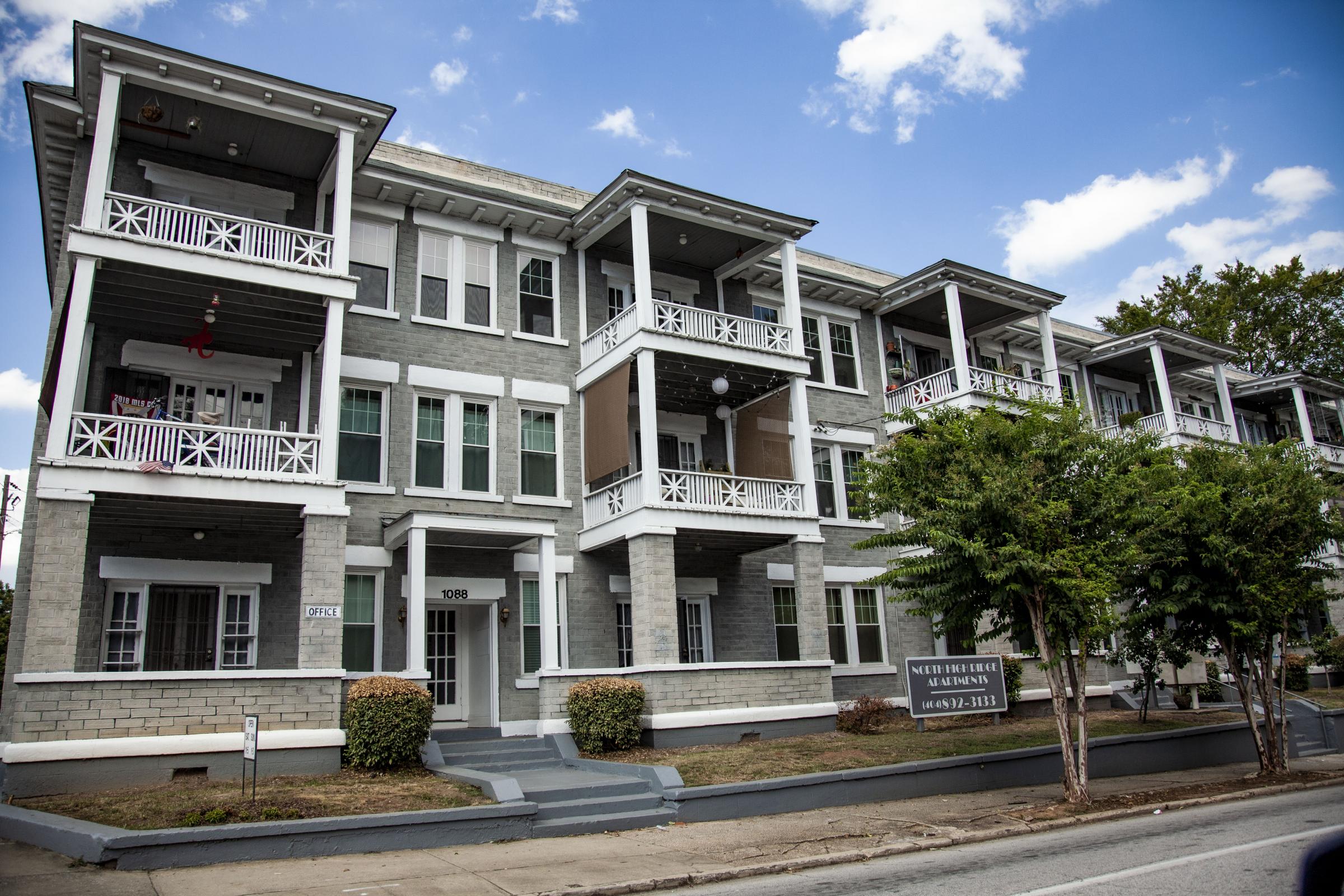 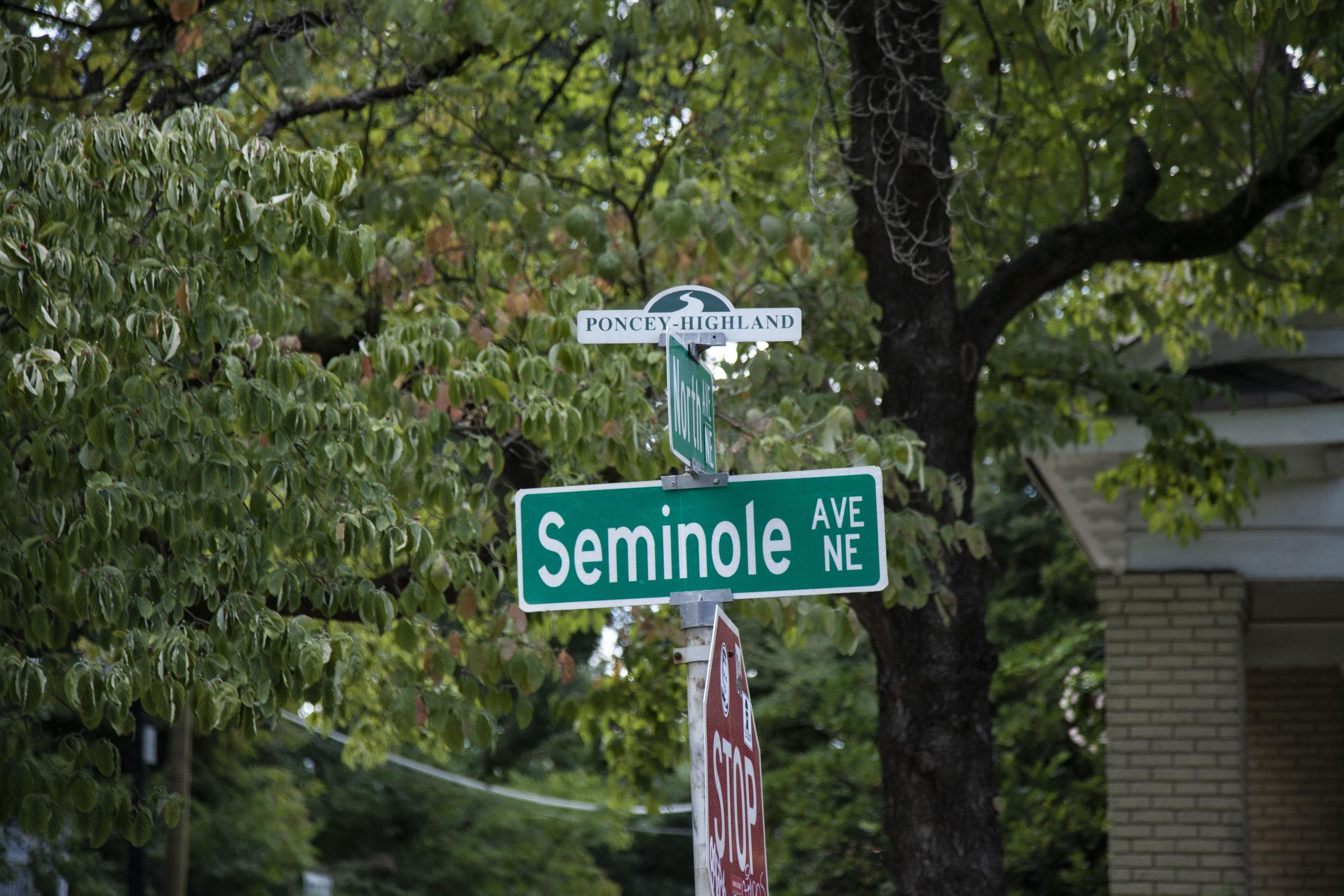 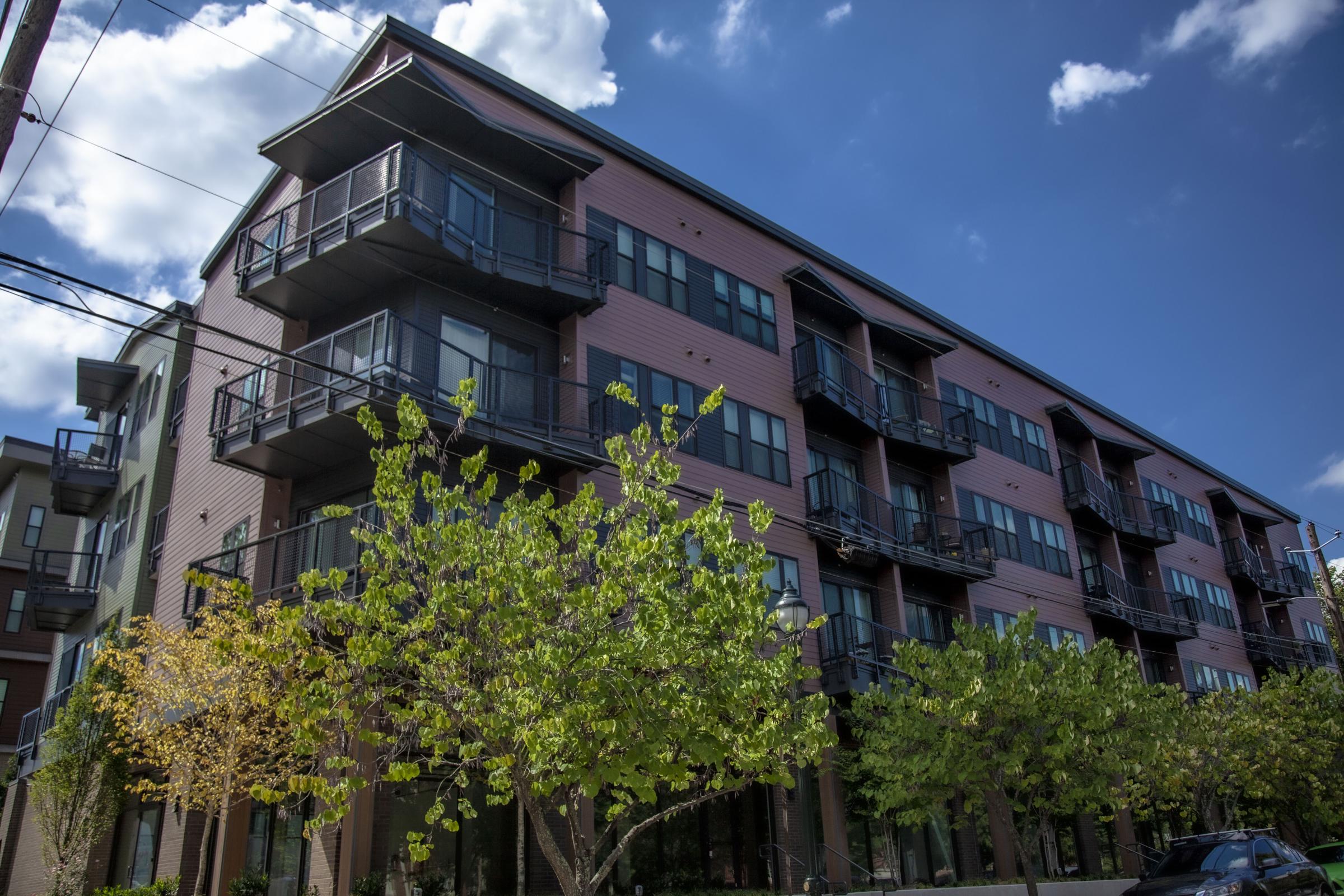 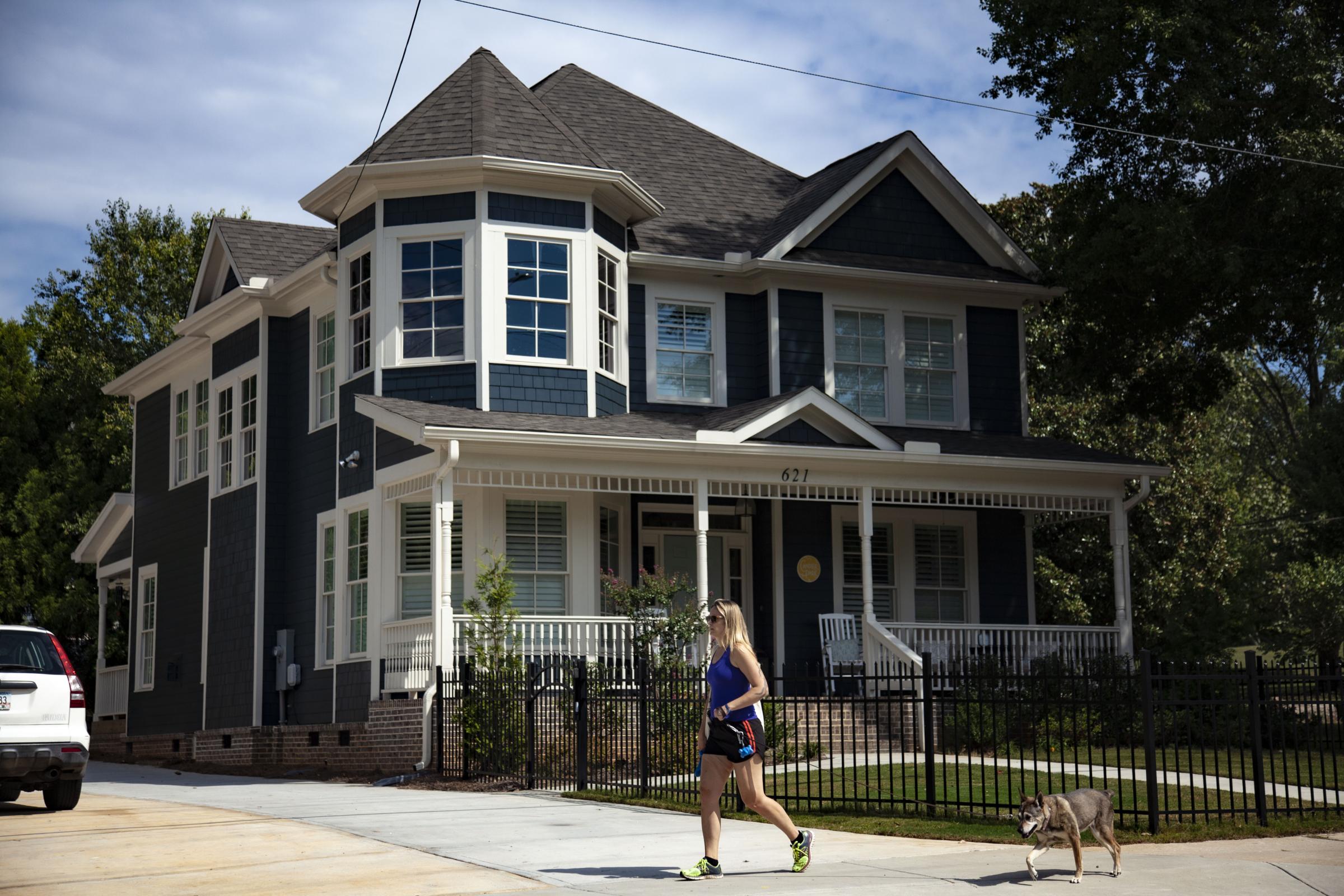 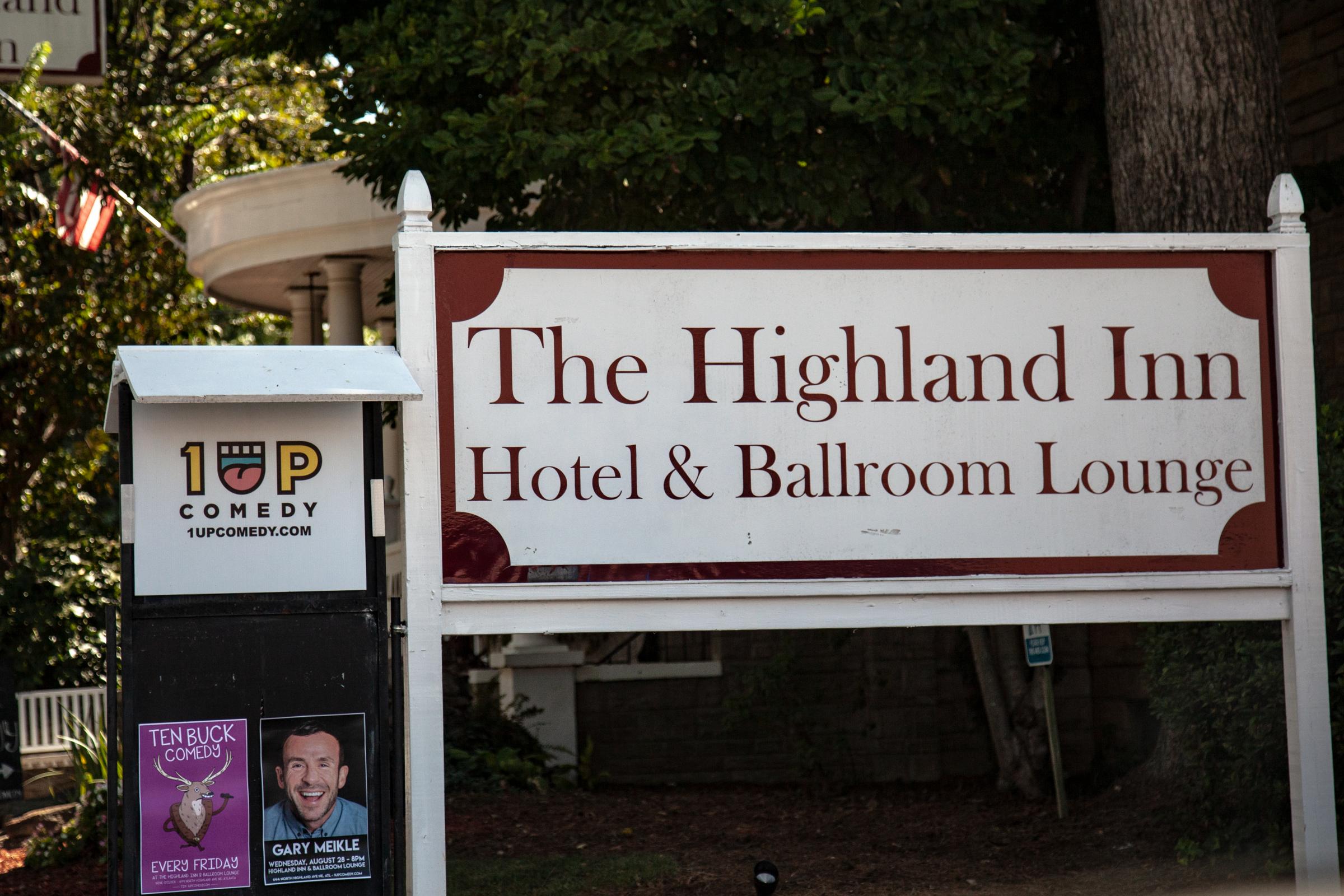 Wedged in alongside Virginia-Highland and Midtown, south of Ponce de Leon Avenue, Poncey-Highland is an intown neighborhood alive with the kinds of urban amenities that draw its residents. It offers cool shops, great restaurants, hip hangouts, a farmers market and easy access to greenspace, transit and interstates. Housing options include new condos and apartments and single-family homes.

Besides Ponce de Leon Avenue – known simply as "Ponce" to intowners – the defining artery for the neighborhood is Freedom Parkway, a four-lane limited access road that runs from the Downtown Connector to the Carter Center and presidential library. It winds through Freedom Park, the largest linear park in the city, with more than 200 acres of rolling greens and bike and walking trails. It also features a bird and butterfly garden and a community garden for perennials, vegetables and herbs.

Freedom Park trails connect Poncey-Highland to downtown Atlanta, Inman Park, Old Fourth Ward, Candler Park, Virginia-Highland, Little 5 Points, the Atlanta BeltLine and the Martin Luther King Jr. National Historic Site. The park represents a victory for Atlanta residents who opposed the state's plan, reinforced by eminent domain, to construct two eastside freeways that would have cut north from I-20 through Virginia-Highland and on to what is now route 400. The site chosen by Jimmy Carter for his library, once the site of William T. Sherman's headquarters as he overlooked the fall of downtown in the Battle of Atlanta, would have been turned into a highway cloverleaf.

The Atlanta BeltLine's Eastside Trail forms the border of Poncey-Highland's western edge. The Eastside Trail reaches from Piedmont Park, past Ponce City Market to the Krog Street Market and motivates neighborhood residents to get outside to walk or ride their bikes.

The Poncey-Highland Neighborhood Association (PHNA) believes so strongly that every resident should be able to participate in the decision-making process that undergirds a great, livable neighborhood that they make membership free; there are no dues. Membership is open to everyone 18 or older. There is a well-organized neighborhood watch in place, and the PHNA promotes an annual outdoor lighting inspection to help prevent crime.

Among the attractions in Poncey-Highland are several notable eateries. The Majestic diner on Ponce de Leon Avenue has catered to late-night feeding frenzy with eggs, hash browns and their classic gyro since 1929. Rachel Ray has called Two Urban Licks one of her favorite restaurants in the country. It's known for the wood-fired cuisine, rotating rotisseries, live blues and a 26-foot wine-on-tap barrel wall. And Babette's Cafe, named for the film, "Babette's Feast," calls up the French countryside to communicate a contemporary take on food and fellowship.

The Plaza Theatre is a Poncey-Highland landmark. Opened in 1939, it's the oldest operating and only independent movie theater in Atlanta. It's screened "The Rocky Horror Picture Show" regularly for 15 time-warping years.

From March through September, the Carter Center is the host of the weekly Freedom Farmers Market, featuring vendors who specialize in sustainable production.